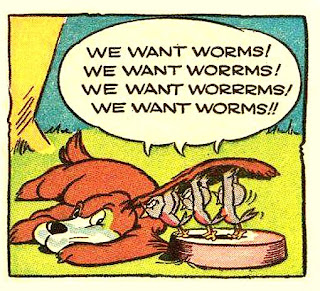 World War Two had finally ended, and it was okay to laugh again.

Soldiers were returning home, the 'baby boom' was about to go BOOM, baby!

America needed a good Giggle or Haha, which incidentally were the names of two comics produced by ACG at that time. 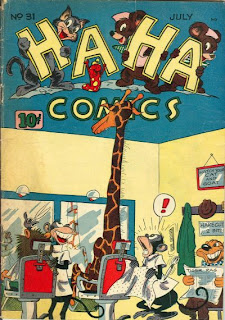 It's a cute little story about a happy little dog named Daniel (the Spaniel) and what he encounters when a family of Robins move into the tree in his yard.

DANIEL THE SPANIEL was written by Jack Cosgriff and drawn by Bob Wick (Wickersham), two names that are probably better known in the field of animation. Cosgriff had written for the very first Woody Woodpecker cartoon, as well as The Fox and The Crow short, 'Woodsman, Spare That Tree!' that was directed by his buddy, Bob Wickersham. You can find more about Cosgriff here, and some good information on Wickersham here, here, and especially here.

It makes sense in retrospect that animators would excel in the field of comic books. Here, both the story and the art work together to create the distinct personalities of each character. As of this posting, according to GCD this was the first comic book art for Wickersham (of course GCD's records are far from complete). I will be looking out for more stories by Bob Wick and company.

After the comic is another special treat just for you!

But you have to read the comic first! 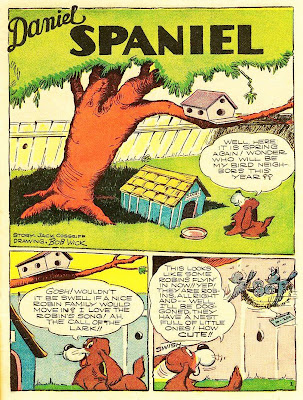 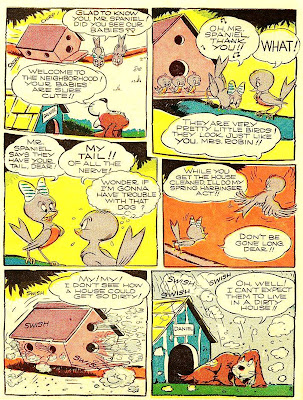 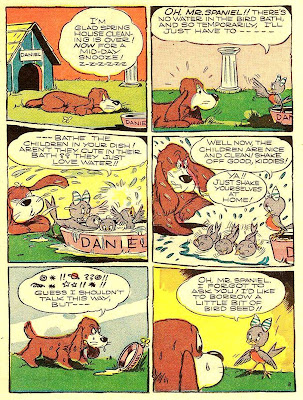 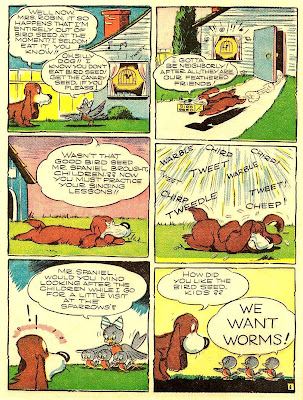 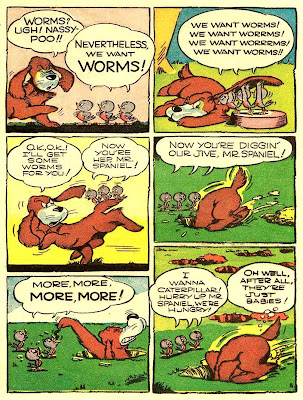 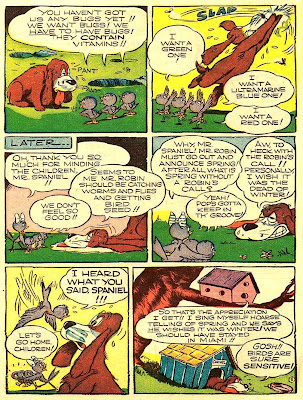 Here is "WOODSMAN, SPARE THAT TREE"