AMERICA IS HURTING BUT ALL DEMS WANT IS TO IMPEACH!? 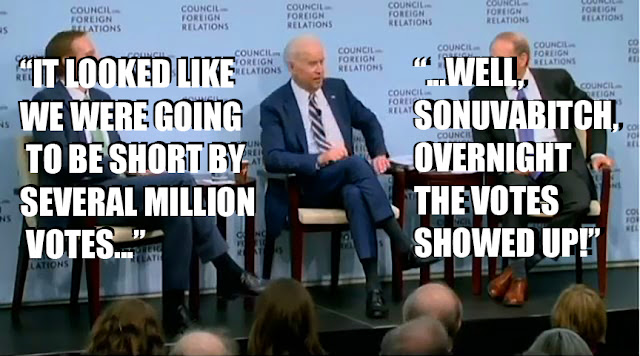 Americans are out of work. Restaurants, stores, businesses of every kind are have closed or laid off employees in record numbers. People are hurting and looking for some way back to normal life. Meanwhile, all the MSM and the new Democrat regime can do/talk about is impeaching a president that has already stepped down. Your tax dollars pay these @ssholes to play in the DC swamp and make themselves rich and powerful. They don't care about your bills, your business, or you. They care about gaining power and wealth, and hurting their enemies, which seems to be everyone who supported Trump, law & order, free speech, honesty and truth. Decent American people and accounts are being silenced and censored. In America. And the alleged 'winners' seem to want to punish the 'losers' by cancelling, censoring, blacklisting, and smearing. That's just for starters. Democrat pundits have spoken of rounding up Trump voters and putting them in re-education camps. In America. You can't make this stuff up, they say these things and NO ONE says "Hey, that's a bit over the top, isn't it?"
Righteous men and women who have done nothing wrong, other than voting for and supporting President Trump, are being labelled as 'Domestic Terrorist'! In America. When all year Antifa and BLM have burned down town after town, looting, killing, and destroying lives. Democrats are smearing decent God-fearing, law abiding Trump supporters who did NOT storm the Capital. That is a set-up smear. Fake News just like the Covington kid who did nothing but stand and smile when the other dude started banging a drum in his face. Guess what? CNN and other Fake News had to pay that kid $millions$ because they LIED!! That's what they do. You awake yet?
But now here again Fake News in unison cry out, "Trump voters are all terrorists! They tried to burn down DC and kill Pelosi!" and everyone believes the lie. There were many Antifa dressed as MAGA. It isn't hard to understand, if you have a brain that works. Pelosi and the Dems love their 'Wrap-Up Smears".
Here's my 2 cents.
Joe Biden is an illegitimate president. The election was rigged criminally, and before long all these truths will no longer be able to be suppressed by the Democrat MSM, who have been controlling all they allow you to see or hear. Voices that differ from the Democrat narrative are SILENCED! Is that really America?
It shall not stand long, that house which has been built upon a foundation of lies.
Posted by THE APOCOLYTE at 1:14 PM