UNDER THE INFLUENCE – Vince Colletta and Wally Wood

Here are two cool sci-fi stories from the fifties by two great artists – Vinnie Colletta and Wally Wood. After you read them both you will see that clearly one of them was *ahem* under the influence…of the other! All you need to really know is that the Wood story came first. Wood, who likely was the greatest sci-fi comic artist from the fifties (or all time), drew the typically wonderful “The Precious Years” for EC’s WEIRD SCIENCE #19, May-June 1953.

Atlas’ UNCANNY TALES #18 hit the newsstands in March 1954, and featured a young artist named Vince Colletta, who would one day become possibly the greatest romance comic artist of all time ( and who would one day become the object of controversy). It wouldn’t be long before Colletta would find his niche, but here he seems to be under the influence of Wood’s style for sure, if not the particular story, and throughout those panels you’ll find trademark Woodisms such as the faces on the wall (in the splash panel), and faces with dual light sources (ex: page 1 panel 3), etc!

[Ironically, history has revealed that each artists trademark style was really the antithesis of the other -- Wood the master of solid blacks, bold lines and shadowed 3D-like figures, and Colletta the master of feathery cross-hatching and light, airy thin-lined ink strokes. But, although this particular Colletta story is virtually bereft of women, both could sure draw some mighty fine female forms!] -The Apocolyte speaks 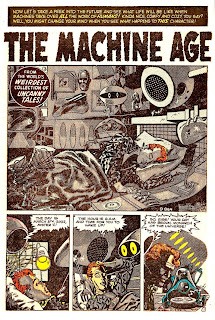 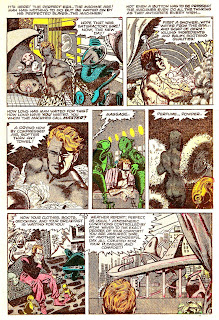 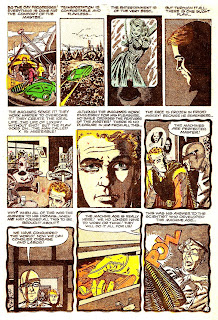 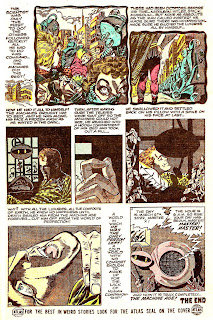 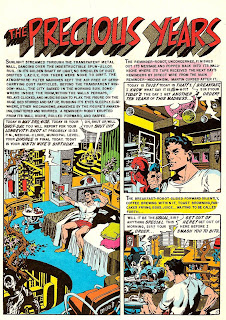 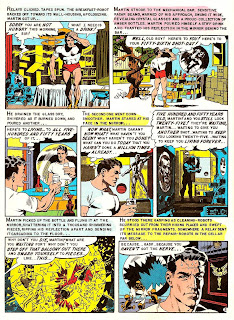 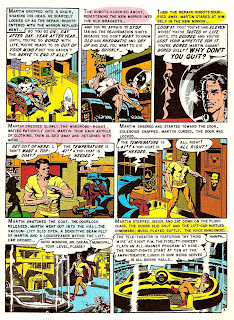 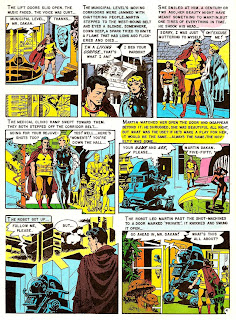 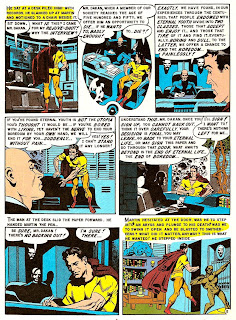 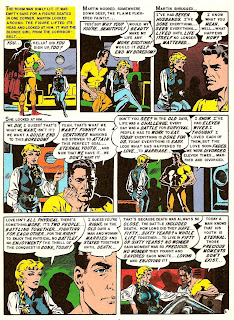 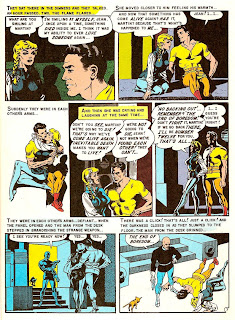 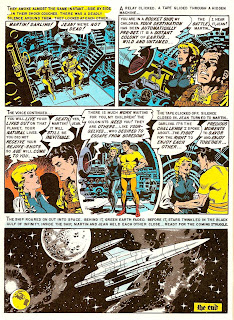